For several years Flo has had a penchant for the wrong basket. Like many dogs 'of a certain age' she muddles the scale.

But in the meantime, the dogs in her pack have got even smaller, and the baskets have shrunk accordingly.

It doesn't stop her taking over the terriers' territory though when there is a lack of alternatives.

THURSDAY, AUGUST 24, 2006
compliment
Flo received her first ever unsolicited compliment the other day as we walked down the street. What a lovely dog, said a passing woman.(I think the first inklings of spring had clouded her judgement)

Flo received her second ever unsolicited compliment today as we walked along the street. Again - with the spring...This time a man pulled up, and wound down his window, I thought to ask directions.

I just wanted to say, that is a lovely looking bluey! He's beautiful!

I just wanted to know where she came from? 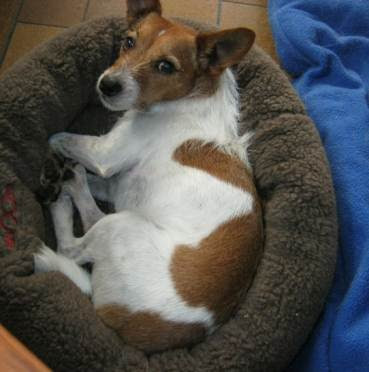 K dog (curbee) turned 2 yesterday. I wrote this in late February, a year after adopting him.

Sunday marked the first anniversary of the arrival of K.
A year since we drove up through drought-weary Victoria and met him in a pound in the middle of paddocks next to an abattoir. He had spent the night there next to a storm-spooked ridgeback who barked all night. When the cell door opened he greeted us warily, a ball of nerves gradually uncurling. He was smaller than his photos. He looked like a mini-Jack Russell. But his wariness made him seem a fraction of the size of Bronte, the recently deceased JRT whose personality would fill a room.

Perhaps looking for an out, I said to the Ranger - "Oh dear - I don't think he likes me"
"It takes a little time" he said, and presented his closed palm to K's nose, a gesture of experience that quelled the fear-aggression; the hand was duly sniffed.

And we duly took him, with silent reluctance and trepidation. The weight of commitment.

I held him all the the way home, as he watched his territory disappear.

We don't know the mix. I missed the opportunity to get a discount-rate DNA-swab (at the Melbourne Show) to determine whether he's JRT + chihuahua, fox terrier or cat. We lean to the chihuahua theory, the Jack-ahua-hua or Jack-a-chi, because there are the moments of small frenzy we call the chi. Some things set him off, like shuffling feet, golf putting practice sets, and birds. Birds, in particular, make him squeak. It is very unpleasant, you would hate it, and it would probably take a herd of dog whisperers to arrest. We need to beam up cesar to zap the yap. He gets away with this obnoxious habit in general because the noise is lost on ovals near freeways...
3/2/11


Defending his behaviour to friends, my leniency, I would often say: he's still learning to trust us. Still? they'd ask.
Yes, even 16 months down the track that still holds.
It's a gradual thing and gradually in a little time it kicks in. 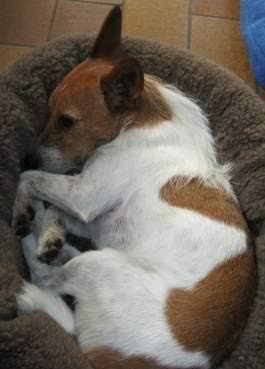 prone and wearing a bathing suit

via we've made enchantment 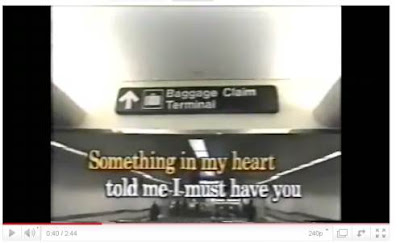 One of the most recorded songs in history... 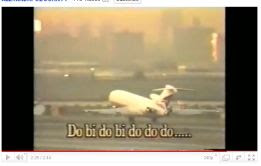 My thanks to Lord Sedgwick for sending this intriguing search request our way.

(And here I was thinking it might be somewhere near Gunnamatta).

But I will always remember him for the heart-tugging sentimentality of Born Free. It's a broad range for which John Barry could be justly proud.

Older Posts Home
Subscribe to: Posts (Atom)
about this blog