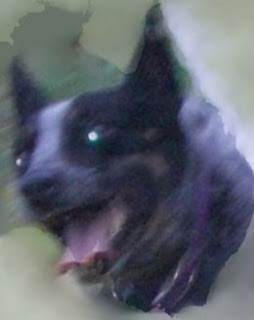 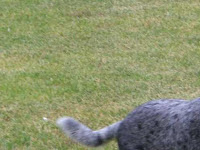 I was inspired more by her krazee eyez killa look than her hey true bluez eastern seaboard shape.

All very you aint nuthin' but baskervillian hound dog with a dash of the vaudevillian much loved by by M. Gus Flaubert'n'Ernie as described in his 1838 precursor to "Madame Flovary', 'Mémoires d’un Flo'.

She's more Mad than Maid - she doesn't have the eye for it.

Flaubert!
A perfect name for her.
Long time readers may recall that she was pre-named, and variations and extensions have been tried without success
Flo-Bear gets the mix right.
Merci, GG.

Hot under the collar in the city.

"Hot under the collar in the city."

(Coincidence as comment! It has just started pleurting on the parched plains of 3041 as we type.)

An excellent visual pun,
and a bare-faced (inconvenient) truth.